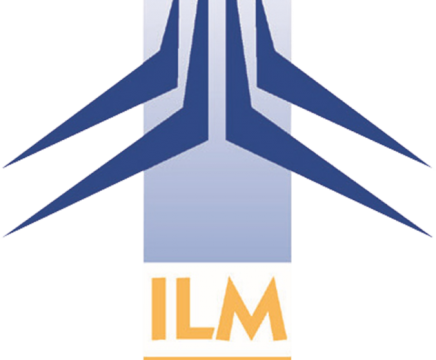 Nearly $12 million over two-year budget cycle could support  ILM airport improvements     Wilmington, NC (May 11, 2017)—The Senate released their budget, which includes $40,000,000 in funds for commercial airports across North Carolina in fiscal year 2017-2018 and $50,000,000 in funds in 2018-2019.  Funds may be used for improvements to the airports and to pay debt services or related financing costs and expenses on revenue bonds or notes issued by the airport.  The Wilmington International Airport is slated to receive nearly $12 million dollars in the two-year budget cycle. ($5,946,945 million in fiscal year 2017-18 and $5,946,945 in 2018-19) “On behalf of the Wilmington International Airport, we’d like to thank Senator Rabon and Senator… 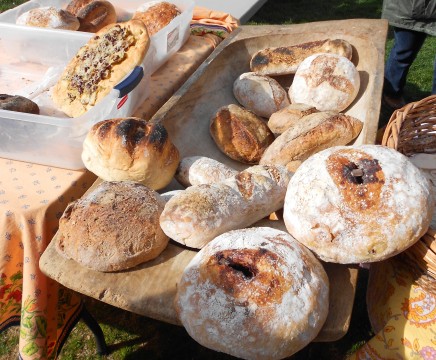 The farmers market, a place of wholesome goodness and fun.  They are widely touted through the warm balmy days of May through September, but then people forget about all the great produce and locally produced foods that are available year round after the apple harvest is in.  I was guilty of this, but had my memory jogged as I was looking through the paper one day for something to do with my family and saw an ad for the Winter’s Market in Davidson, NC. Davidson is a lovely little college town located just north of Charlotte on I 77.  Incorporated in 1879 this charming town is filled with great parks, shops, and art, and hidden… 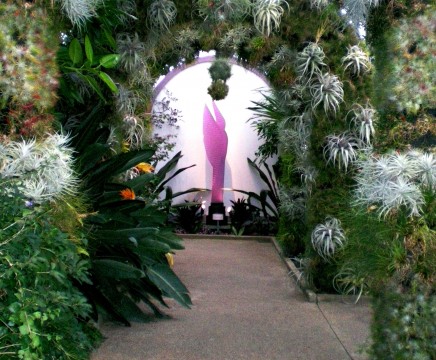 This Ain’t Your Grandma’s Tea 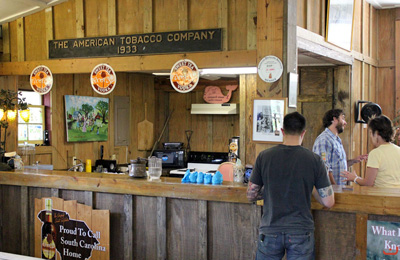 Good ol’ sweet tea has long been a part of the culture in the south, but these days, if you’re at a restaurant in the Carolinas, you’ll need to be more specific. Firefly Sweet Tea Vodka has been flying off the shelves since 2008, when its creators decided to make a sweet tea … with a little kick. And true to the Lowcountry’s love of libations, this sweet southern vodka received an overwhelming response from the locals, became a South Carolina novelty, and the Firefly Distillery has become one of the Charleston area’s many interesting places to visit.   And if you think you can spike your own store bought tea and sugar with vodka,…

Posted by Celeste Hawkins on December 20, 2011 · Leave a Comment 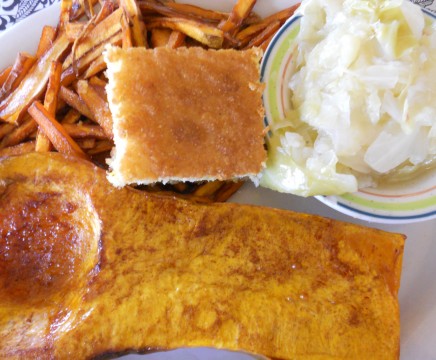 You’ve heard of the little piggy that went to market, but what about the little moose? Moose Cafe is a North Carolina born and bred country restaurant with two locations in the state. Both Moose Cafes are located in farmer’s markets, making their access to fresh and seasonal vegetables convenient and giving new meaning to the phrase “farm to table.” The first restaurant opened more than fifteen years ago in the Western North Carolina Farmer’s Market of Asheville, and the second opened just a few years ago in the Piedmont Triad Farmer’s Market in Colfax. With only two locations in one state, you could say this moose is little, but authorities such as Our State and Southern Living have consistently recognized… 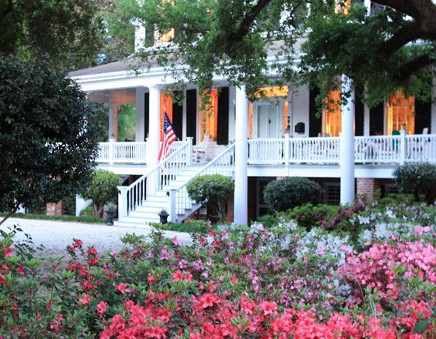 The 6th Annual BedandBreakfast.com awards reveal North Carolina and South Carolina are top notch destinations for Bed and Breakfast travelers. Winner of 1 of 10 Best Overall Bed & Breakfasts for 2011-2012: The Bloomsbury Inn, Camden, SC Postcard worthy and serene, step into the old South, to this B&B beauty, just a short getaway from most major Carolina cities. The Bloomsbury Inn in Camden, SC, has been in the Top 10 of B&Bs since 2007. Built in 1849, its Innkeepers, Bruce and Katherine Brown, and resident cat, Miss Kitty Stray, offer southern hospitality, peaceful surroundings, and Biscuits and Chocolate Gravy you can’t find anywhere else. Wake up to the smell of fresh baked bread, enjoy… 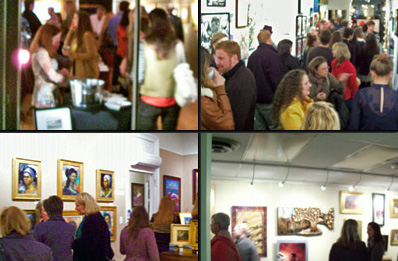 ‘Tis the season to be jolly, and in Charleston, that includes braving the brisk, southern winter to stroll the cobblestone streets of the French Quarter, drink wine, and see the latest artistic wonders the city’s fine artists have to offer. The Dec. 2nd French Quarter Art Walk, the last of four held each year, brought a lively turnout of all ages and artistic connoisseurs. This traditional social event stretches from S. Market St. to Tradd, between Meeting St. and the waterfront, in the historic area of downtown. With over 30 galleries representing 500 artists, I began the 3 hour trek with my plan of attack in hand. It’s impossible to see every gallery, but knowing…