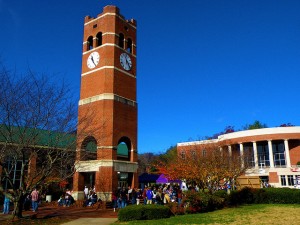 I have people ask me quite regularly, “How did you like going to school at Western?” Generally the answer I give them is along the lines of “Yeah, I enjoyed it.  The area is beautiful and it’s a great university.”  Although my response is honest and quite true, it doesn’t do my 4 years and $40,000+ justice.  So perhaps I will start a new trend where students will review and disclose the good and bad from their university experiences.  After all, they have no problem reviewing a $16.00 movie, $30.00 meal from a restaurant, or a $400.00 electronic device on the internet.  I would think students would be jumping at the gun to disclose information about something that consumed 4 years of their life (perhaps 20 more paying their loans off) and a majority of their parents income.  I could sugar coat this and make my Alma Mater look perfect, but I would prefer to inform rather than persuade.  Let us begin with my completely honest and un-biased experience as a Computer Information Systems major:

How successful a person will be depends little on the name of their university and what their school offers.  Rather, it depends mostly on how successful they want to be and how much work and effort they put into their studies while they are there.  A majority of learning, at least in my area of study, must be done outside of the classroom and requires a thirst for knowledge.  Western Carolina University was a fantastic place to be an undergraduate and if I could go back, I would choose WCU every time.