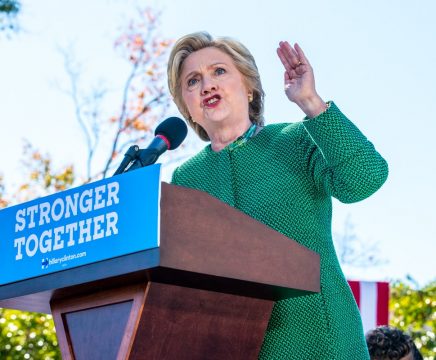 HFA Deputy Communications Director Christina Reynolds offered the following statement on Trump’s “closing argument” speech today in Gettysburg, PA: “Today, in what was billed as a major closing argument speech, Trump’s major new policy was to promise political and legal retribution against the women who have accused him of groping them. Like Trump’s campaign, this speech gave us a troubling view as to what a Trump State of the Union would sound like—rambling, unfocused, full of conspiracy theories and attacks on the media, and lacking in any real answers for American families.”

Today, Hillary for America Communications Director Jennifer Palmieri released the following statement: “From the first days of his campaign, Donald Trump has painted Mexicans as ‘rapists’ and criminals and has promised to deport 16 million people, including children and U.S. citizens. He has said we should force Mexico to pay for his giant border wall.  He has said we should ban remittances to families in Mexico if Mexico doesn’t pay up. What ultimately matters is what Donald Trump says to voters in Arizona, not Mexico, and whether he remains committed to the splitting up of families and deportation of millions.”

Today during a rally in Michigan, Donald Trump asked the African American community “What do you have to lose? You’re living in poverty. Your Schools are no good. You have no jobs.” Hillary for America Director of State Campaigns and Political Engagement Marlon Marshall has an answer for Trump: “Donald Trump asks what the African American community has to lose by voting for him. The answer is everything from a man who questions the citizenship of the first African American President, courts white supremacists, and has been sued for housing discrimination against communities of color. “Trump painting the entire community as living in poverty with no jobs continues to show he is completely out of…

Dear Carolina, Make sure to get your tickets to join Donald J. Trump and team in Charlotte, NC tomorrow, August 18th, for a Donald J. Trump for President Rally! Details about the event are below: Thursday, August 18th: Charlotte, NC Charlotte Convention Center 501 S College St. Charlotte, NC 28202 Doors Open: 4:30 PM Event Begins: 7:30 PM Please limit personal items and arrive early to expedite entrance into the venue – please note, NO homemade signs, banners, professional cameras with a detachable lens, tripods, monopods, selfie sticks, back packs or large bags will be permitted into the venue. We hope to see you there!   Sincerely, Team Trump

After Donald Trump’s comments in Wilmington, NC today, Hillary for America Campaign Manager Robby Mook released the following statement: “This is simple—what Trump is saying is dangerous. A person seeking to be the President of the United States should not suggest violence in any way.”

JOIN US IN FAYETTEVILLE, NC TOMORROW! 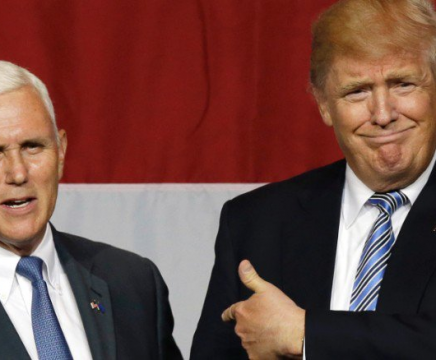 Raleigh, NC – In response to the divisive rhetoric coming from Donald Trump’s Republican Party on the third night of the Republican National Convention, North Carolina Senate Democratic Leader Dan Blue and House of Representatives Democratic Leader Larry Hall issued the following statement:   “One of the most fundamental lessons that we have both learned over decades of public service in North Carolina is that a leader should never belittle voters or disrespect their intelligence.   “As fact checker after fact checker has weighed-in on the many false claims being made by Donald Trump and the speakers at the Republican National Convention, it is obvious Trump thinks that defrauding the American people is the best… 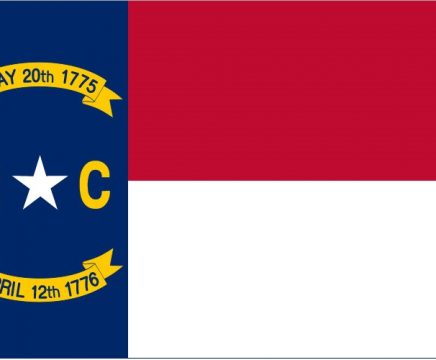 Raleigh, NC — Tomorrow, June 28, U.S. Rep. G.K. Butterfield (NC-1), chairman of the Congressional Black Caucus, and U.S. Rep. Alma Adams (NC-12) will hold a press conference call underscoring the sharp contrast in leadership and qualifications shown by the different responses that Hillary Clinton and Donald Trump had to the Brexit vote and to its global economic implications last week. Rep. Butterfield and Rep. Adams will stress that the people of North Carolina cannot afford the economic volatility that Donald Trump would cause as president. Last week, while Hillary Clinton and Donald Trump markets tumbled and American families watched their 401(k) accounts lose more than $100 billion in value in a day, Donald Trump responded by cheering the vote and touting…

Carolina, Hillary Clinton is a world-class liar. This much is a fact. But watching the mainstream media, you would never know it. They simply refuse to call her on her lies. They’d rather spend their time and energy attacking me. It’s great for their ratings and their bottom line. We know we cannot count on the media to spread the very important message that Hillary Clinton is a liar and can’t be trusted. And that’s why we’ve decided to take that message directly to the American people. We’ve unveiled a brand new website, LyingCrookedHillary.com, and we’re rolling out a series of videos – one on each of her biggest, phoniest fibs and fabrications. We released… 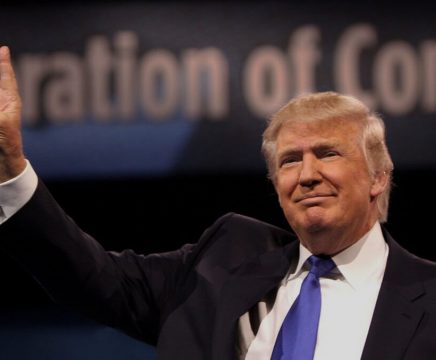